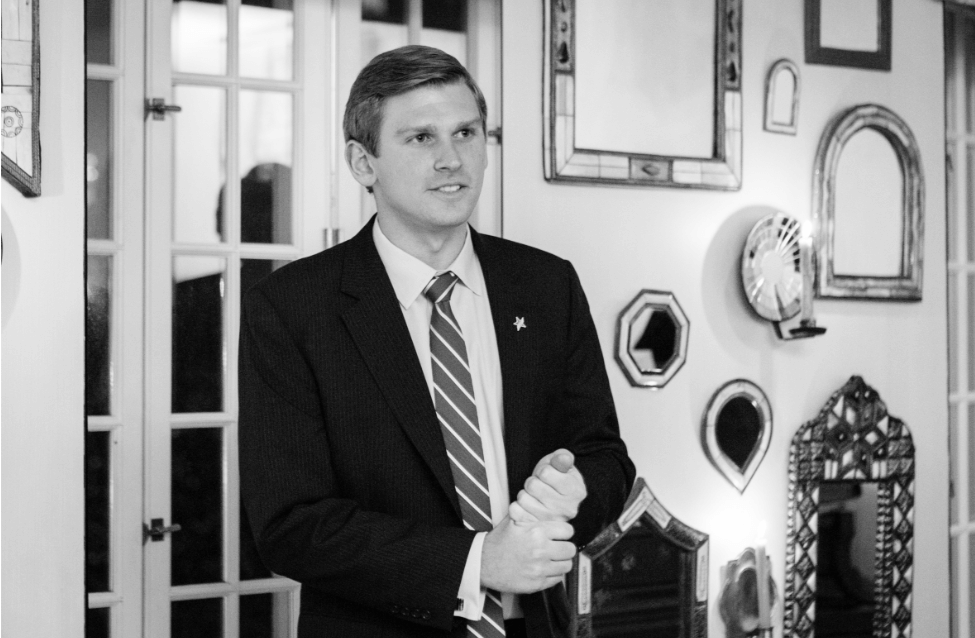 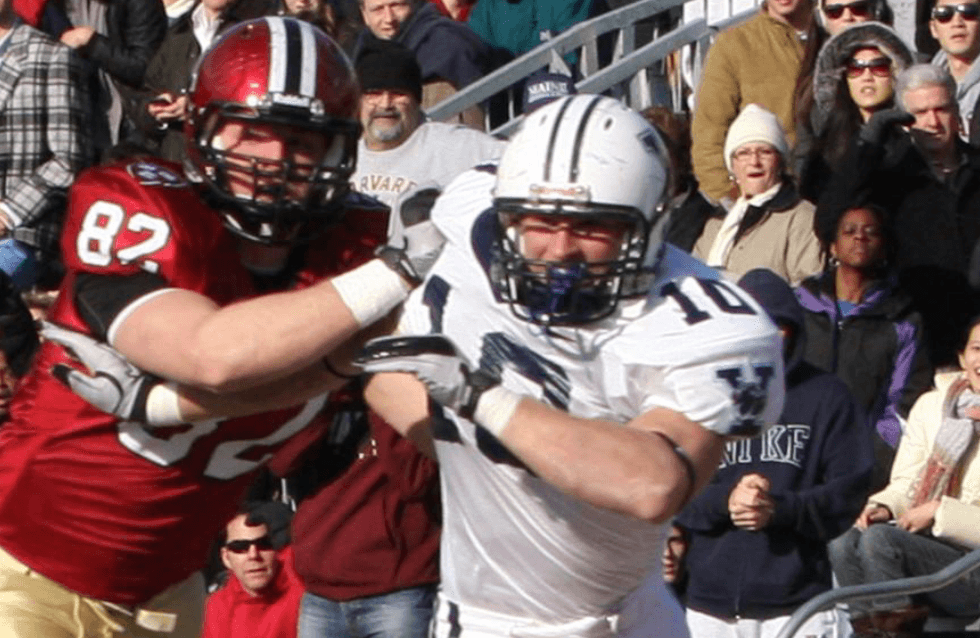 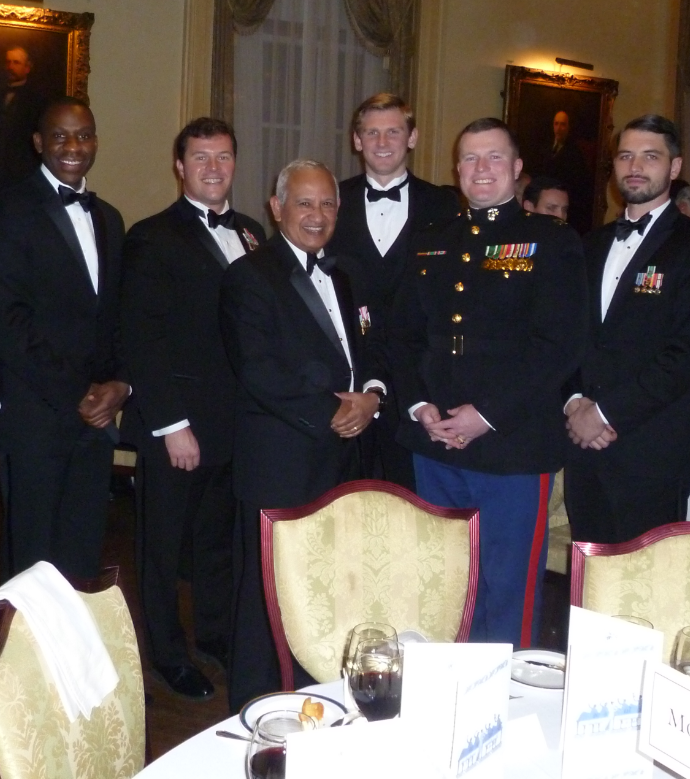 Jesse Reising comes from a long line of Central Illinoisans, with his ancestors arriving by horseback among the first 300 settlers in Decatur in the 1830s. Six generations and a century-and-a-half later, Jesse was born in Decatur and raised in the public school system. Jesse was a three-sport athlete, captain of the football team, and graduated as valedictorian from Decatur Eisenhower High School.

When Jesse was recruited from the heartland public school system in industrial Decatur to attend and play football at Yale University, he knew he had experienced the full promise of America as the Land of Opportunity. Ever since then, he has worked relentlessly to ensure that America lives up to that promise.

As a starting linebacker for Yale, Jesse was a semifinalist for the Walter Campbell Trophy, also known as the “academic Heisman,” which is awarded to the top football scholar-athlete in the United States. While in college, Jesse also began Marine Corps Officer Candidates’ School to fulfill his dream of becoming an infantry officer in the United States Marine Corps and to give back to his country that had given him so much.

But in the final nine minutes of the final football game of his college football career—during the storied Yale-Harvard Game—Jesse tackled Harvard’s running back, tearing two nerves in his neck and leaving parts of his right arm and shoulder permanently paralyzed. His surgeons grafted a nerve from his leg into his neck and re-arranged other nerves to restore much of the movement in his arm and shoulder, but he would never make a full enough recovery to realize his dream of becoming a Marine infantry officer.

Other Outlets for Service

Jesse set out to do three things to replace his Marine Corps Service: (1) go to Afghanistan to support the United States military’s efforts as a civilian; (2) co-found the Warrior-Scholar Project to serve those serving in the military in his place by hosting “academic boot camps” that unlock the full potential of veterans transitioning from the military to college; and (3) serve his country as a federal prosecutor.

Yale awarded Jesse with its “David Everett Chantler Award,” which is presented to the graduate “who has best exemplified qualities of courage, strength of character, and high moral purpose.”

Unable to go to Afghanistan as a Marine, Jesse went to Afghanistan to support the United States military’s efforts as a civilian from 2011 to 2012. When he came home, he co-founded the Warrior-Scholar Project, which is now a multimillion-dollar national nonprofit that hosts its academic boot camps at 21 of America’s top colleges and universities.

The Warrior-Scholar Project transforms service members into student-veterans by immersing them in study of the principles of liberty and democracy that they dedicated their lives to protecting in uniform. The Warrior-Scholar Project has unlocked the full potential of over 2,000 of today’s veterans to become tomorrow’s civic leaders. Jesse has also testified before Congress about the need for the federal government to provide better support for our military veterans. 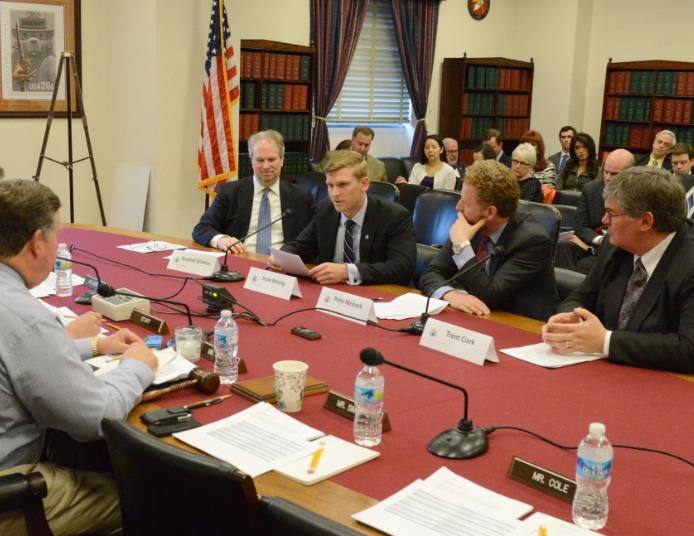 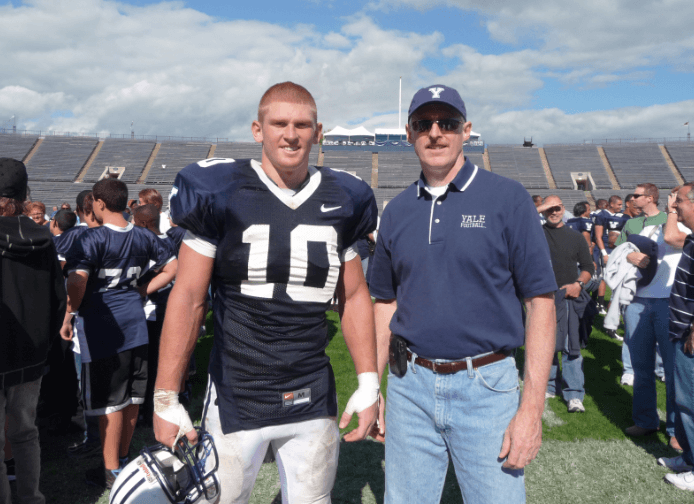 While building and growing the Warrior-Scholar Project, Jesse studied at Harvard Law School with the goal of serving his country as a federal prosecutor. Shortly after graduating from law school, Jesse had the privilege of taking the oath to support and defend the United States Constitution as a prosecutor, just as he would have as a Marine.

As a federal prosecutor, Jesse prosecuted white-collar criminals and foreign business executives who were manipulating American economic markets and artificially inflating the prices United States consumers paid for automobiles and other products. The cases Jesse prosecuted resulted in prison terms for corrupt business executives and the recovery of over $100 million for the American taxpayer. But Jesse is equally as proud of doing justice by declining to prosecute cases where criminal charges were not warranted to ensure free, fair, and competitive economic markets. Jesse later became a partner at Kirkland & Ellis, one of the world’s leading law firms.

Decatur Public Schools named Jesse its youngest-ever recipient of Decatur Public Schools’ Alumnus of the Year award in 2016. Jesse was also named one of the Top 30 Thinkers Under 30 by Pacific Standard Magazine, and Encyclopedia Britannica named him one of the 20 Under 40 Shapers of the Future. ESPN has also featured his story during College Gameday and Sportscenter.

By providing your phone number, you are consenting to receive calls and text messages, including autodialed and automated calls and texts, to that number from Jesse Reising for Congress. Message and data rates may apply. Text “STOP” to opt-out. Terms & conditions/privacy policy apply.